christina on the coast in newport beach 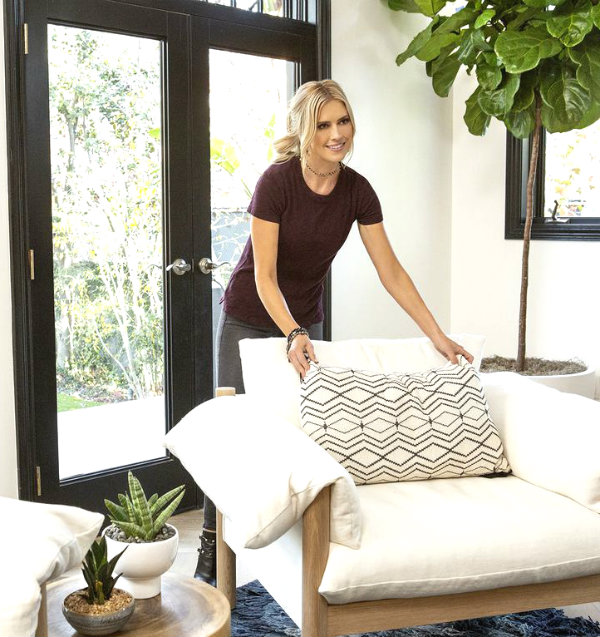 It’s already Thursday, and that means my DVR is set for the final episode of “Christina on the Coast”. As some of you know, Christina is my neighbor. She lives just around the corner from me and several of my girlfriends.

Heather is only about three houses away from her, Caran is just up the street and Amy, Brenda and I are all about a minute away, so we’ve all been intrigued the last few months about what’s going on at Christina’s house. (and did I mention that Tarek lives only a couple of blocks away?) 😉

In December, there were tons of cars on the street for a big party at Christina’s house which turned out to be her surprise wedding. Since then, we’ve all been on alert for Christina sightings.

I saw her months ago at the local health food store, and my husband actually stopped and talked to Christina and her husband while they were out for a walk.

Anyhow, every Thursday, I’m sure to check in on “Christina on the Coast” for any fun neighborhood sightings and news. 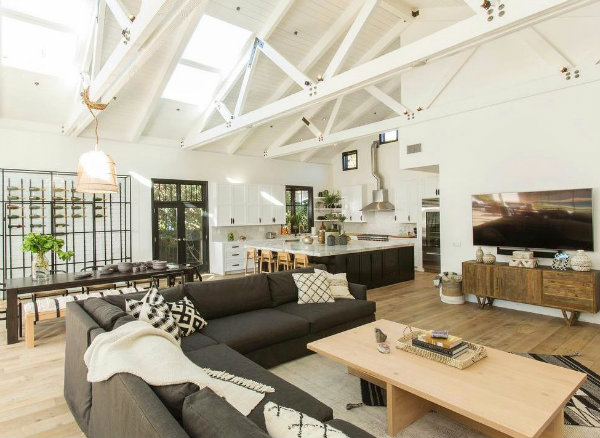 I’m quite familiar with Christina’s new house that she showcases on her show, and so are many of us here in Newport. You see it was featured on the Newport Harbor Home Tour a few years back and in several magazines. 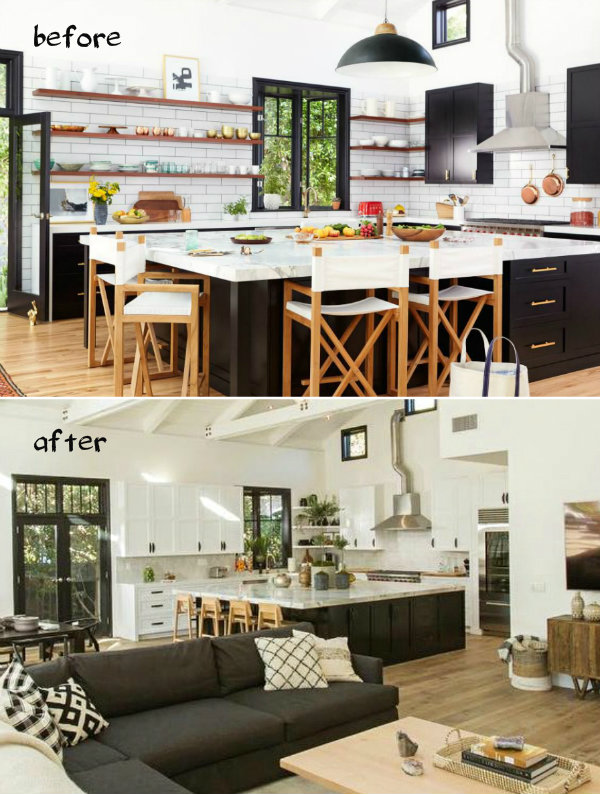 Here’s the before and after of the kitchen. As you can see, Christina got rid of most of the open shelving, reconfigured the bar, and went with white cabinetry in most of the kitchen. To me it's a less dramatic look, but probably more efficient and has more storage.

According to last week's episode, she also closed off a door to the right of the fridge for more kitchen space. What do you think about the transformation?

To be honest, I was a little disappointed with last week’s episode that was supposed to be the “big reveal” of her newly designed home. You see, back in December, Christina and local designer Raili Clasen (pronounced Riley) both posted the finished look of Christina’s new hip coastal-inspired home on Instagram.

Raili’s the one who actually chose the décor for Christina’s new home. She was the brainchild behind this whole project. So where was Raili (or mention of Raili) in the last episode?

ZIP! Nothing, nada, not a word. We were all led to believe that Christina did it all. And you know what? I totally get it. I’m sure the producers made the call to not mention that another designer had to be called in to actually design these spaces, but I was a little disappointed.

Christina and her husband Ant, don’t hide the fact that Raili designed the home of their dreams, as seen on Instagram. 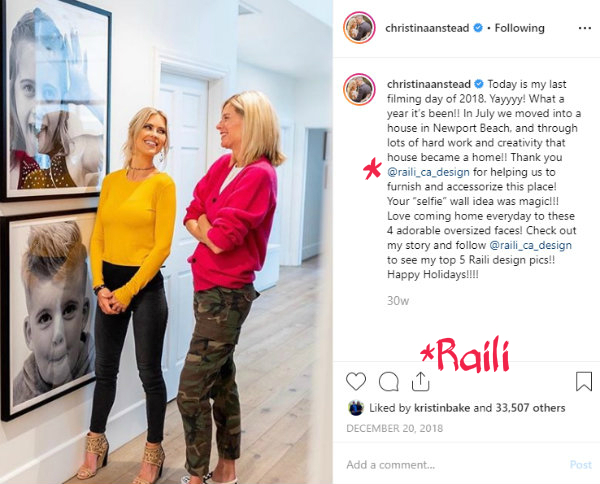 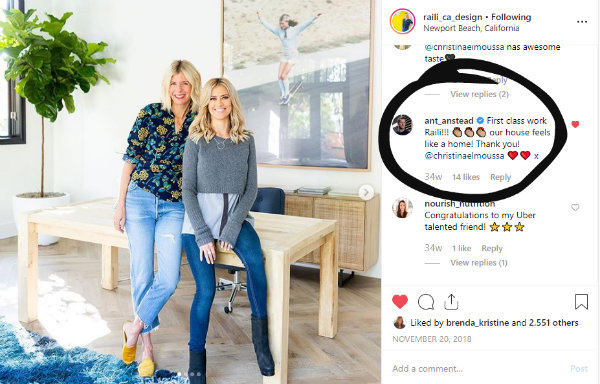 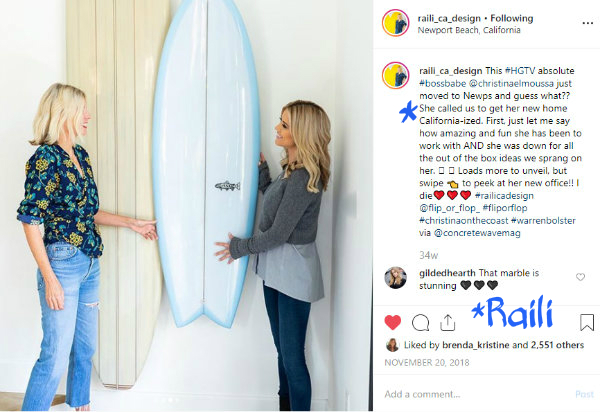 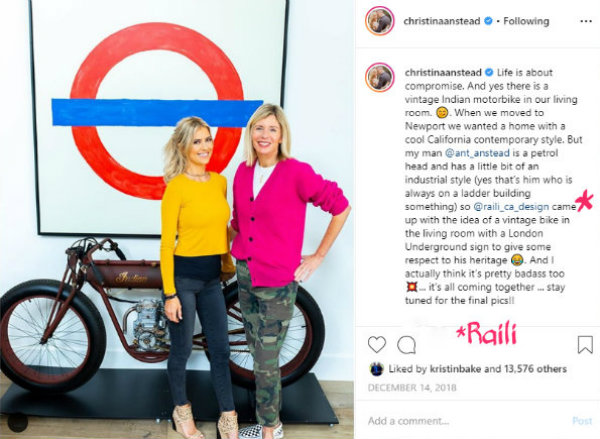 Raili's a total rock star of design and is a huge supporter of the Newport Harbor Home Tour. She's had a home featured on the home tour just about every year since she debuted her own adorable little farmhouse back in 2013.

Everyone loved it so much, that she began her design business shortly after that! 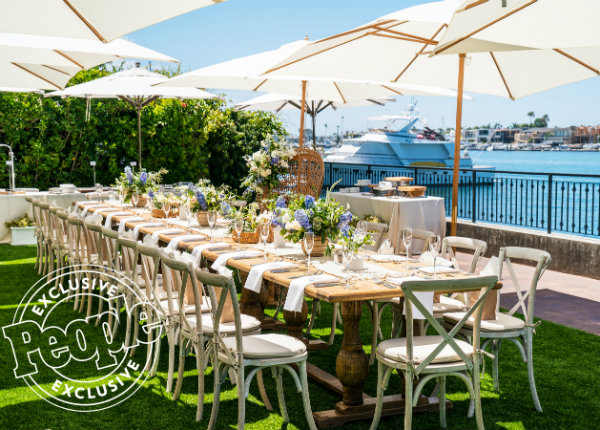 It seems that Christina’s been all over the press lately with her new marriage, her new show, and now her pregnancy. Here’s a little peek at her adorable baby shower that took place at the Balboa Bay Resort, or as we locals call it, The Bay Club.

Incidentally, the Bay Club is where the Newport Harbor Home Tour’s breakfast reception took place for a couple of years, so some of you may be familiar with it! 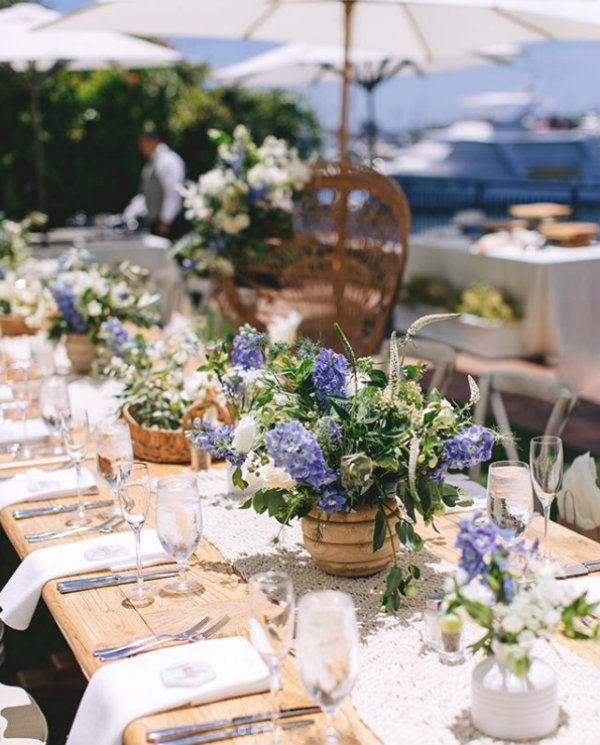 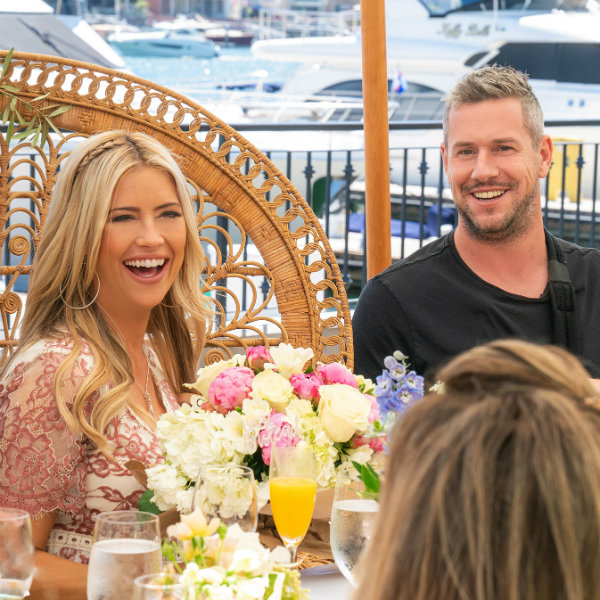 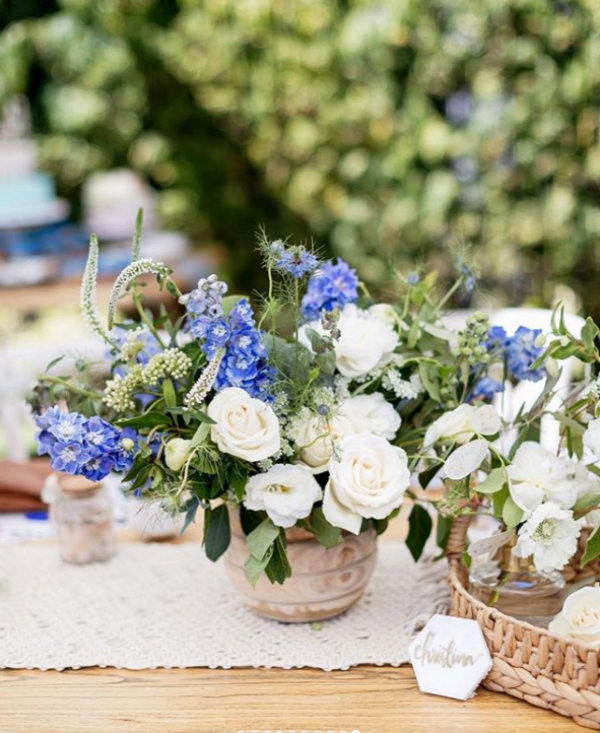 I love the flowers! 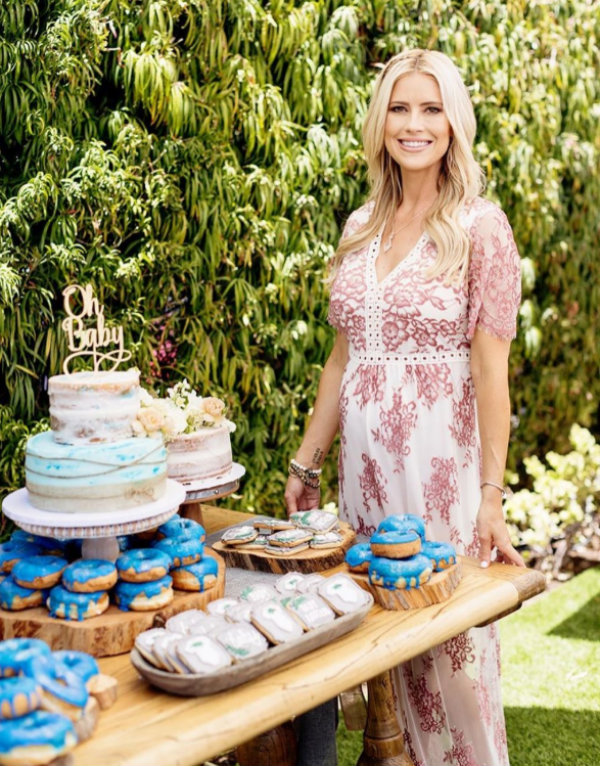 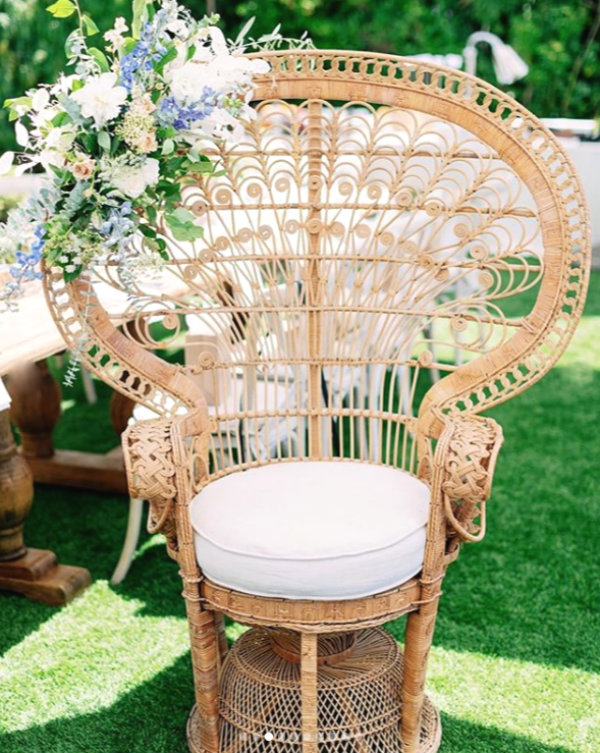 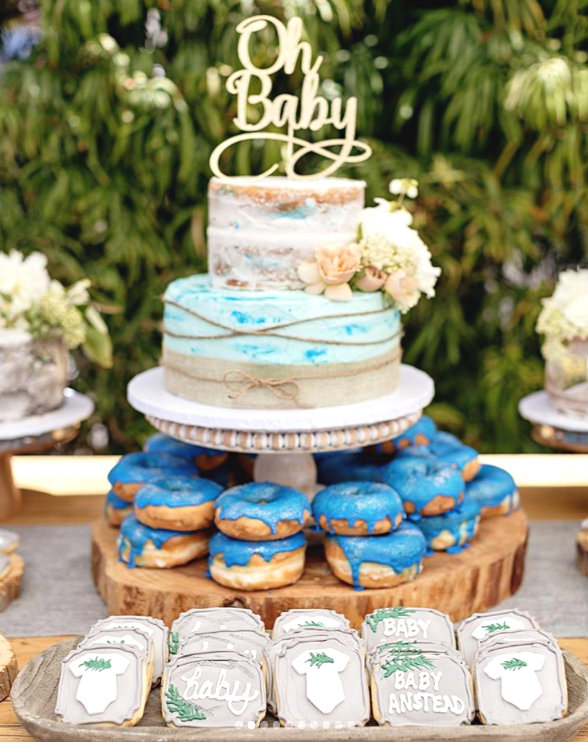 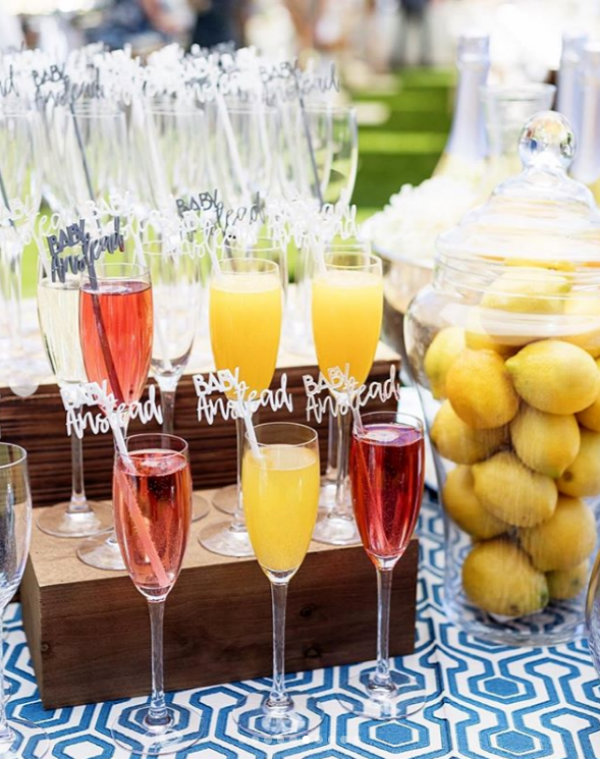 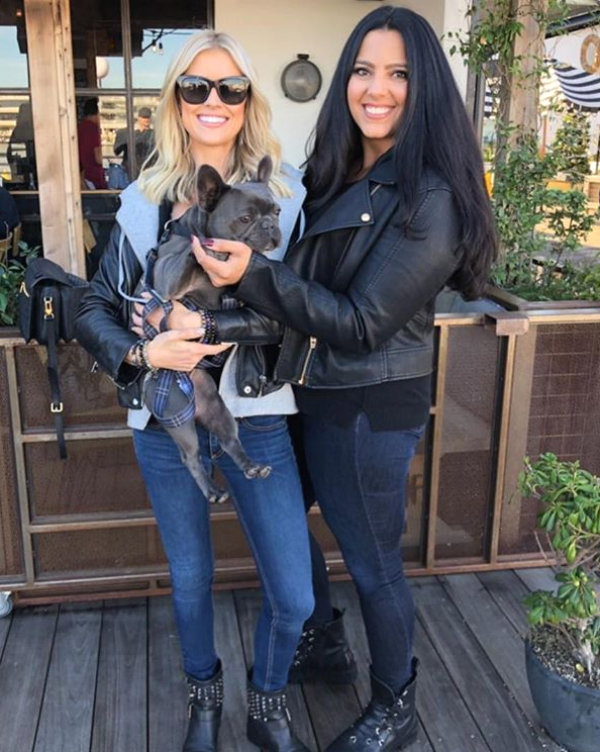 One thing I really did enjoy about Christina’s show is seeing the local sights they featured. Many of them are favorite restaurants of ours, like Zinqué, above, a fun place for breakfast on the water in beautiful Lido Marina Village. 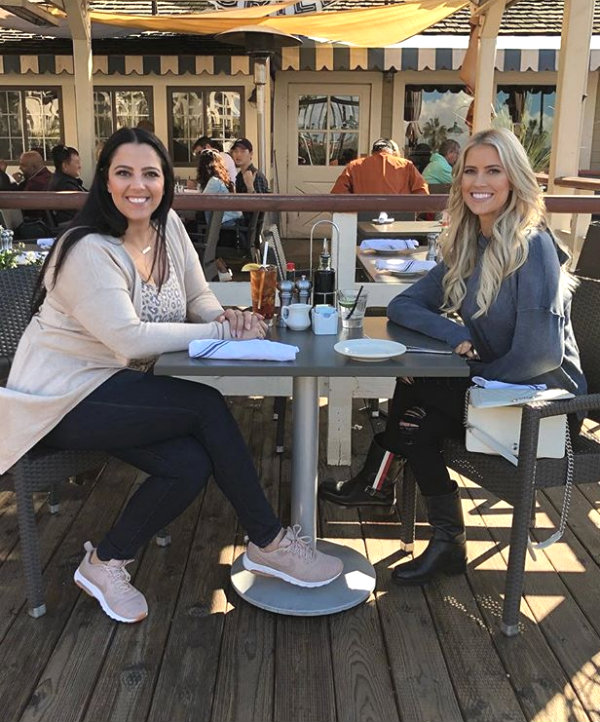 And here they are at another one of my favorite waterfront restaurants, Bluewater Grill. They have amazing seafood and chowder, and even a New England Lobster Clambake! Ramona would be thrilled! 😁

Speaking of Ramona, who's watching the Real Housewives of New York Reunion tonight? I can't wait! 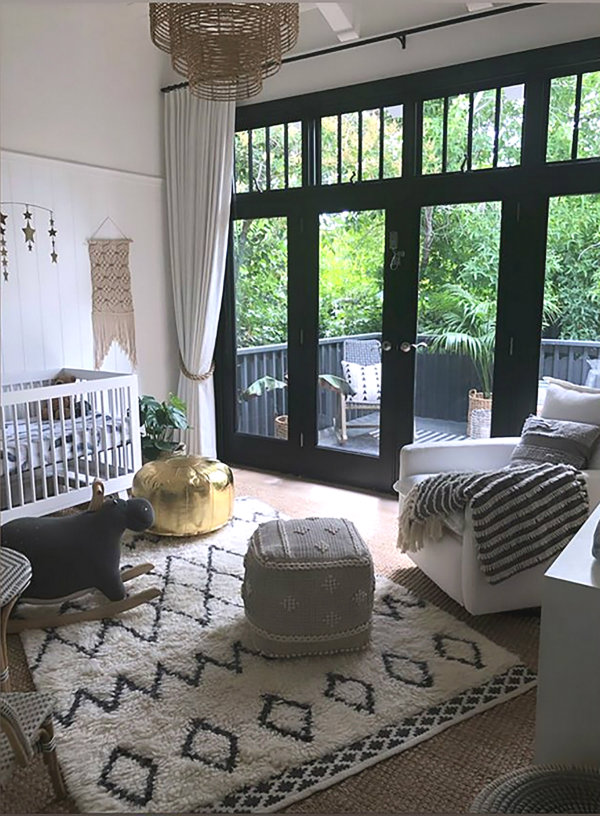 I wonder if Christina will reveal her new nursery décor tonight on the show.

I guess this final episode is focusing on the “reimagination” of the pool and backyard, which is huge, by the way. 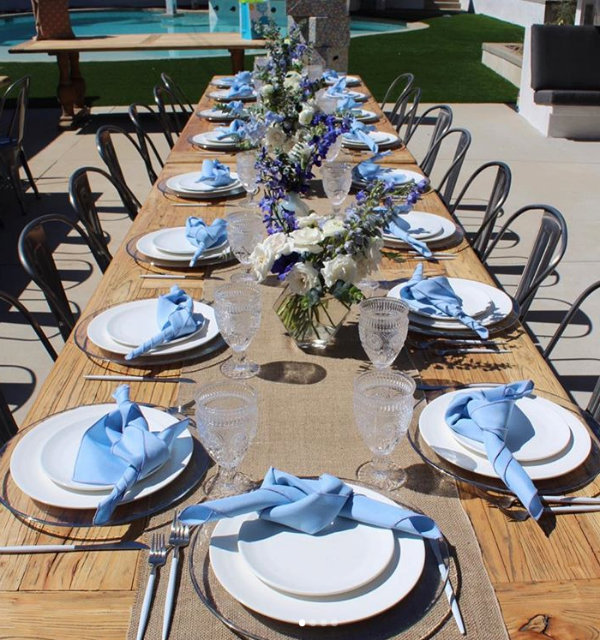 You can get a peek of it here at a backyard party Christina hosted a few weeks back and in this selfie. 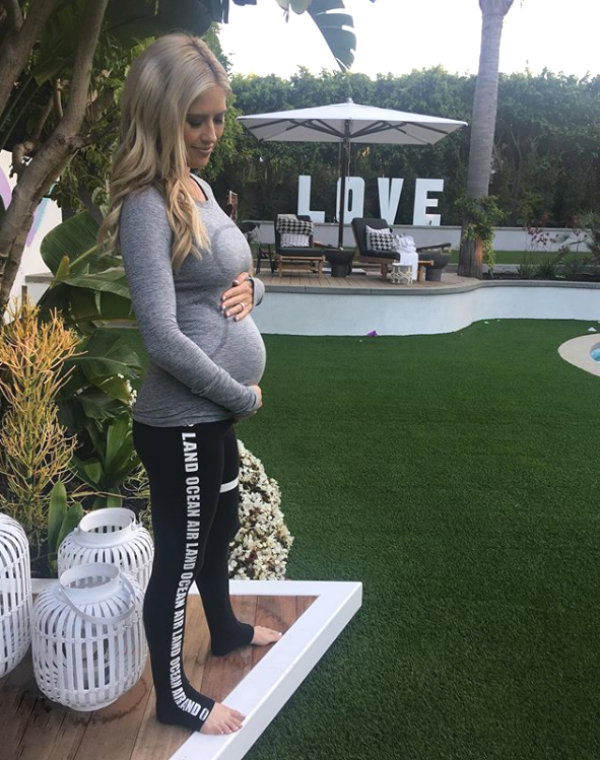 You can see how true it looks compared to this rendering of how it was imagined. 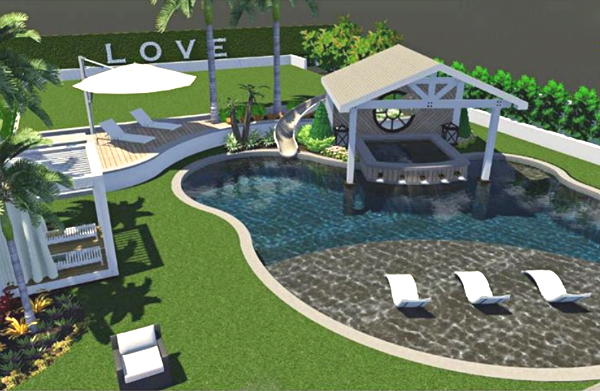 Will you be watching tonight? I sure will be!

By the way, this amazing book Contemporary Cottages features Christina’s current home as it was seen on the Newport Harbor Home tour designed by Shannon Wilkins and it also features a really cool beach house designed by Raili Clasen.

In fact, this new book features several homes by some of my favorite local designers. Check it out here:

let me know what you think....